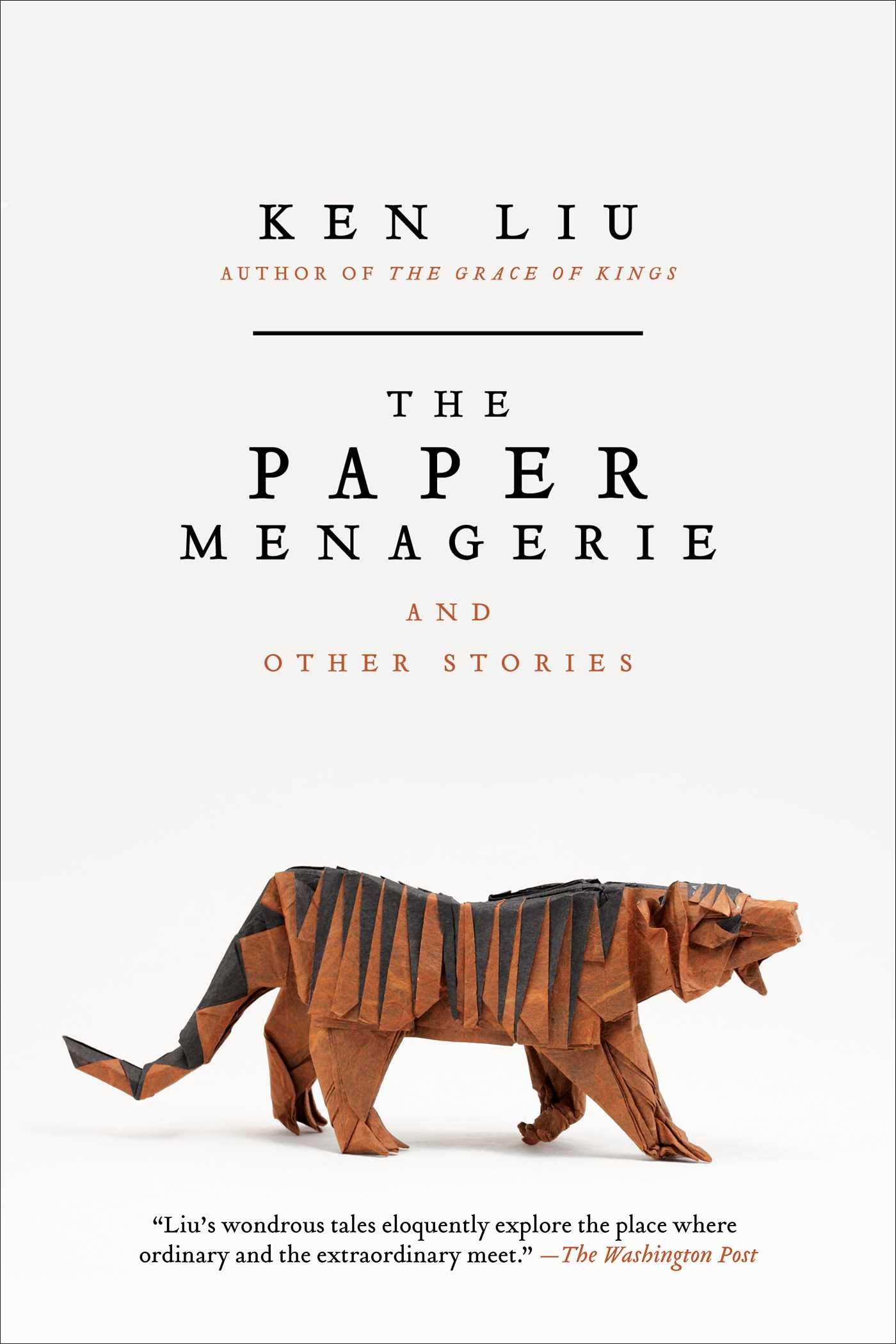 It is perhaps timely that I recently picked up Ken Liu’s collection The Paper Menagerie and Other Stories. For the first half of the book’s fifteen stories, I was uncertain if there was a thread connecting any of them. However, once I reached the title story at the book’s midpoint, it became quite clear what that thread is: identity, and, in particular, needing to integrate into an environment hostile to one’s identity.

The title story, “The Paper Menagerie,” is the best exemplar of this. The main character is boy growing up in 1960’s America whose mother is Chinese, and he internalizes the racism in the cultural around him, doubling down on his desire to belong within American society by rejecting everything Chinese in his life. The tragedy is eloquent and pointed.

Liu pulls no punches in any of his stories. In another excellent story, “The Literomancer,” Liu describes a torture in vivid detail. In “The Man Who Ended History: A Documentary,” it is a depiction of the activities of Unit 731. Both of these segments of text pushed me well out of my comfort zone, but I was glad to make the journey, both because of what the experience taught me, and because Liu’s approachable, direct style made it easier to bear.

In my own writing, I have striven for some time to reduce the fantastic elements to the minimum number necessary and derive the largest effect from them. Liu is a master of this pricinple. “The Paper Menagerie” has exactly one fantastic element: the paper animals crafted by the protagonist’s mother are animated by magic. That is all. But from this one detail a rich story unfolds, its characters vividly depicted.

Other stories demonstrate Liu’s interest in where science and technology are taking us. “The Wave” is ultimately about the struggle against death and how we give meaning to our existence, its narrative hinging on the development of an anti-aging serum. “The Simulacrum” proposes a 3D camera that can capture brain patterns, and thus project a kind of ‘ghost’ of a person.

Liu also demonstrates a versatility with speculative fiction’s many subgenres. “A Brief History of the Trans-Pacific Tunnel” is an alternate history. “The Regular” is a sci-fi/detective hybrid whose theme and plot both require the existence of cybernetics. And “Good Hunting” is a kind of China-inflected steampunk, which I have just recently learned is called ‘silkpunk.’ While I love the concept, I’m not sure how I feel about the term. That said, I have to admit, this is the first steampunk story I have ever read and liked.

Liu has a couple of misses. “The Perfect Match” felt thematically forced and the characters weaker than those depicted in other stories. For “All the Flavors” and “The Man Who Ended History: A Documentary,” I got the impression that the development of the story’s theme and political point had somewhat usurped the primacy of those stories’ characters. This is not to diminish the truth value or importance of those stories’ political themes, but rather to underscore the fact that stories are most effective when driven by characters, and characterization in these to pieces was not as strong as it could have been.

Liu did do a wonderful job of driving a strong political theme through his characters in “The Literomancer.” This story and “The Paper Menagerie” were my two favorites in the collection.

I am very happy that Aaron Ramos introduced me to Ken Liu’s work, and I look forward to reading more of it in the future.